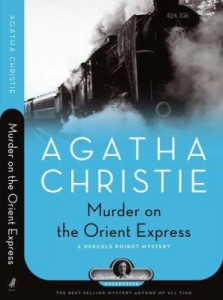 The 3rd Tuesday Book Club returns with a pair of great reads.  Murder on the Orient Express, one of Agatha Christie’s most famous mysteries, was inspired by two real-life crimes and the author’s own experience being stranded on the Orient Express during Christmas of 1931. While traveling to Paris, a wealthy American is stabbed to death in his cabin on the Orient Express. With the train stuck in a snowdrift, there is no easy escape for the killer. Fortunately, detective Hercule Poirot is aboard and launches a clever investigation into the curious assortment of passengers, of whom each seems to have a motive.  Cemetery John is being paired with Agatha Christie’s classic mystery to provide a real life true crime story and to add some historical perspective.  Five years after Charles Lindbergh flew The Spirit of St. Louis from New York to Paris, his infant son Charlie was kidnapped in the “Crime of the Century.” Only Richard Bruno Hauptmann was executed for the crime, even though the police knew in 1932 that he didn’t work alone. In this take on the crime, Zorn holds that his father, the late Eugene C. Zorn Jr., overheard what he believed to be plans to kidnap the child, and that a second kidnapper, working with Hauptmann, left enough clues behind for Zorn’s father, then 15, to put together a case.